Ghost Train to New Orleans by Mur Lafferty (broadcast 3-3-2014) Mur Lafferty is a writer, podcast producer, gamer, geek, and martial artist. Her books includeThe Shambling Guide to New York City, Ghost Train to New Orleans, Playing For Keeps, Marco and the Red Granny, and The Afterlife Series. She is the host of the award winning podcast I Should Be Writing, and the host of the Angry Robot Books Podcast. She is the winner of the 2013 John W. Campbell Award for Best New Writer. In the newest of the  Shambling Guides  Zoë Norris (introduced in The Shambling Guide to New York City) who writes travel books for America’s community of supernatural entities, takes us on a ghostly ride to New Orleans. Zoë is human, but her boss is a vampire, her best friend is a death goddess, and at least one of her coworkers wants to eat her. A must for armchair travelers with a taste for the bizarre with a humorous twist. Find out more at murverse.com

Dream Within a Dream by Carolyn Pleasants York (broadcast 2-17-2014) Carolyn talks about the NC Poetry Society that was begun in 1932 and now has several hundred members that meet for times a year at the Weymouth Center for Arts and Humanities in Southern Pines. Among other things the society offers are 15 poetry contests, an anthology “Pine Song”, a newsletter and a mentoring program.

From there the conversation turns to dreams, their promptings for poetry and Carolyn’s novel with poems, Dream Within a Dream.  Listen in to hear some good poetry.  Go to ncpoetrysociety.org to find out more.

Astrology Unlocked by Philip F. Young PhD (broadcast 2-10-2014) Written to introduce readers to the complexity and elegance of astrology as a tool for self discovery, expressing creativity, maximizing skills, connecting successfully with others, charting career paths, and more, including growing into and evolving spiritual life purpose  Philip provides a rich resource for those interested in learning more about one of the most ancient systems created to explain mankind to itself.

The book sets out to accomplish three tasks: 1) take readers deeper into the interpretation process than most beginner books by providing a formula for and examples of over 1,700 specific energy combinations, 2) treating the subject matter as significant and important as medicine, engineering, business, physics, law, or any other profession that requires years and years of dedicated study and practice, and 3) offering a reading strategy that will allow readers of this book and any other books on astrology to quickly enjoy their first foray into the subject. Purposeful repetition of ideas, personal stories from the author, and a worksheet process all work together to show what it takes to build a strong foundation for understanding why the practice of astrology has continued to exist and develop for so many centuries, offering what might be considered a pre-Freudian chart of the human psyche and how it might function in the world.

Find out more at blackunykorn.com

Vandroid by Tommy Lee Edwards (broadcast 2-3-2014) After studying film and illustration at the Art Center College of Design, Tommy Lee Edwards took the comics industry by storm with his illustrations on such titles as The Question, Marvel 1985, Batman, and Turf (with co-creator Jonathan Ross).  Proving to be one of the most respected and versatile artists working today, he has also designed the video games  Command and Conquer, James Bond, and Prey.

Beyond illustrating countless pieces for books, merchandise, magazines, and posters, Tommy perhaps feels most at home putting his imagination and storytelling flare to the test as a conceptual designer, storyboard artist, and director for film.  He’s collaborated with the Hughes Brothers as the concept artist on their Denzel Washington epic The Book of Eli, and has also contributed to the design of many productions including Akira, Masters of the Universe, Harry Potter, Superman Returns, Star Wars, Indiana Jones, and Batman Begins.  Microsoft’s award-winning The Random Adventures of Brandon Generator utilized all aspects of storytelling technique, with Tommy creating the ground-breaking interactive animated web-series from a script by Edgar Wright.

He is currently  writing and directing a multi-media film/music/comic series with Ed Banger Records called Vandroid. Click here to find out more about Vandroid and this amazingly creative artist/writer known world-wide and living right in our own backyard.

Living the Harbour Island Dream by Roy Schmidt (broadcast 1-27-2014) A New York business executive accepts an invitation for a long weekend on a small island in the Bahamas and is overwhelmed with a desire to stay.  The weekend becomes an eighteen-year sojourn of romance, humor, and challenge as he develops and manages a small resort.  A tale for anyone who has ever wanted to run away from it all.

“While I lack the inventiveness and imagination of fiction writers, I did not have to make up or embellish any of the circumstances in my book. It all happened just as written.  I wrote Living the Harbour Island Dream in the hope that some reader out there might be inspired to cut the ties to an unrewarding life situation and make the leap to achieve a dream of something better.”  Roy Schmidt

Find out more at harbourislanddream.com

The Flower Sermon by David T. Manning (broadcast 1-20-2014) After a long career as an organic chemist David began a second life as a poet. He was winner of the North Carolina Poetry Society’s Poet Laureate Award in 1996, 1998 and 2006. Twice a Pushcart nominee,  he was winner of the Sam Ragan Poetry Prize in Crucible’s Summer 2009 contest, and of the 2004 Longleaf Chapbook Prize for The Ice-Carver. His seven chapbooks also include, Out After Dark (2003), Detained by the Authorities (2007), Light Sweet Crude (2009), all from Pudding House, and Continents of Light, a collection of love poetry from Finishing Line Press in 2010.
His full-length collection, The Flower Sermon, a runner-up in Main Street Rag’s 2007 poetry book contest, has a gentle magic and sense of wonder that captivates and makes the reader want to explore the avenues opened by the poetry within. More recently Yodeling Fungus (Old Mountain Press, 2010) is a full-length excursion into comedy. Dave is the current convener of the Friday Noon Poets of Chapel Hill, with whom he has read his poetry on Chapel Hill public television and was coeditor of Always on Friday (Katherine James Books, 2006), an anthology of poems from that group.  Find out more at davidtmanning.weebly.com

The Grendel Affair by Lisa Shearin (broadcast 1-6-2014) Supernatural Protection & Investigations, known as SPI, investigates things that go bump in the night and the monsters you thought didn’t exist.  Lisa’s lead character in this new series of speculative fiction novels, called The SPI Files, is Makenna Fraser, a Seer who can see through any disguise, shield, or spell that a paranormal pest can come up with. She tracks down creatures and her partner, Ian Byrne, takes them down.  In this first of the new series it’s descendants of Grendel wandering the New York City subway tunnels intent on revenge and mayhem for New Year’s Eve in Times Square.

Bright, fun and fast moving, a light comedic touch puts a new twist on this urban fantasy that makes reading it perfect for an escape from the winter drearies.  Find out more at Lisa Shearin.

How Language Is Lost by Celisa Steele (broadcast 12-16-2013)  Carrboro’s new Poet Laureate brings us an exciting collection of poetry with her first chapbook, full of surprises, humor, loss, love and insight.  As Poet Laureate Celisa will be presenting poetry during Carrboro Day in May, working on the West End Poetry Festival for October and initiating efforts to bring poetry into our schoolrooms.  This sampling of her fine talent gives a taste of how fortunate Carrboro is to have her contribution to our community life.

“Celisa Steele has indeed made a wonderful debut. These poems possess all of the qualities a reader could hope for in a book of poems: lyricism, humor, compression, depth of feeling and meaning, memorable imagery, precise language, and perhaps most importantly, one surprise after another. A very enjoyable read that leaves the reader wanting more.”  Scott Owens, Wild Goose Poetry Review.

The Returned by Jason Mott (broadcast 12-9-2013)  From the first riveting page of his extraordinary debut novel award winning poet Jason Mott gives the reader both a haunting exploration of a world where nothing—not even death—is certain, as well as a moving tale of a family given a second chance at life.

In The Returned, people’s loved ones are returning from beyond. No one knows how or why this is happening, whether it’s a miracle or a sign of the end. Filled with characters whose stories will stay with you and make you wonder about your own realities, Jason Mott examines the timeless issues of faith, morality, family and love in a way that opens doors and keeps you reading.

Tagged Jason Mott, life and death, return of the dead, returning from beyond, The Returned 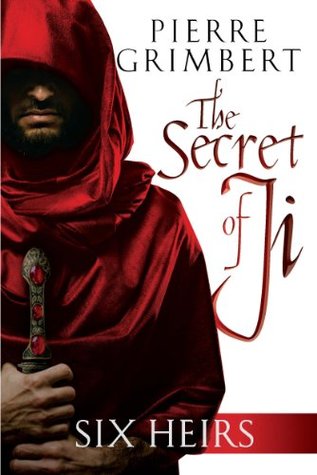